Liz Truss won the difficult battle for the post of Boris Johnson and the chair of Prime Minister of Great Britain. The former foreign secretary won the two-month battle for the leadership of the Conservative Party, which began with 11 candidates and ended with a showdown with former finance minister Rishi Sunak. Trots gave a short speech after the result was announced.

“Friends, we must show that we will fulfill our commitments in the next 2 years. I will present a plan to reduce taxes and develop our economy. I will deal with the energy crisis and people’s energy bills, but also with our long-term problems in the field of energy supplies,” Truss said.

Truss will take over as prime minister on Tuesday, when she will visit Queen Elizabeth II at her Scottish castle to be formally appointed to the post. She will thus become the third female Prime Minister of Great Britain.

OPEC+ has agreed to cut supply by 100,000 barrels a day from October. The surprise decision, after increasing supply so far, is a blow to the Biden administration. The supply cut aims to stabilize global markets after economic weakness triggered the longest price decline in 2 years. The cut in supplies will bring them back to August levels.

A suicide bombing outside the Russian embassy in Kabul killed two mission officials and at least one Afghan civilian. Moscow condemned the attack as – and I quote – an unacceptable act of terrorism. No one claimed responsibility immediately after the attack. It is the latest in a series of attacks since the Taliban took power a year ago.

California’s power grid came under severe stress today as rising temperatures increased the risk of blackouts. The heat is a test for California’s power system. Much of the state is under a hot weather warning for the next 4 days and in Sacramento the mercury is expected to reach 48 degrees Celsius. 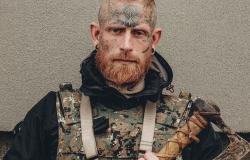